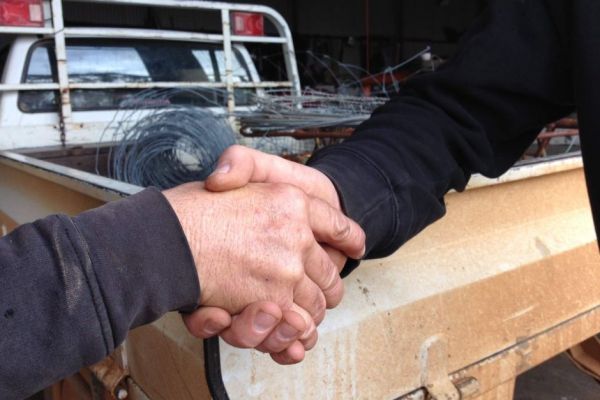 With the average age of farmers around 60, the issue of succession and young people getting into farm ownership seems to be a biggie. The industry is definitely aware of it and much has been espoused about it in recent times but perhaps it is more of an issue than we thought, especially among younger farmers or younger people interested in getting into farming. Am I missing something or are we as in industry not thinking widely enough in getting some solutions underway?

I say that because back in late November 2016 I penned a blog called “How can young farmers get into farm ownership? They don’t have to……. yet,” and the response took me a little by surprise. There were several shares, some engagement occurred and many encouraging comments were made, both online and in person. It was almost as though a light had gone on. Read the blog here if you missed it.

In this blog I outlined some simple ideas on how to view succession as an opportunity - which is a different viewpoint from the usual “sell the farm all in one go, take the money and retire” method often advocated. It is more about older and younger farmers partnering up to strike win / win deals, regardless of whether or not they are related. There could be several ways such as a straight lease, lease to own, progressive ownership, equity partnerships or other ways. I realise these methods are not new but it seems they may be getting missed.

Now, I am no expert in this field but these ideas are pretty logical to me. It might take thinking outside the square a little but why can’t there be progressive ownership or more creative leases in place to ensure all parties experience a win/win? It can mean that young farmers get started while the older farmers can stay living on the farm, therefore buying time to decide what they really want to do, without the hassle and responsibility of daily farming operations. The transition could be gentler and better account for change, allowing plans to form at a pace more suited to many of our older farmers. The energy, passion and keenness of effort from younger farmers could be combined with the equity and ownership of older farmers, therefore meeting the needs of both parties. It would just be over a longer time period.

The usual succession method means the selling / retiring farmer sells up, moves away with a big lump of money and finds somewhere to live, often in a vastly different situation from how they were living on the farm over the past 35 years or more. Whoa, change can be really hard for any of us! But no-one needs to feel pushed onto the scrap heap in 5 mins, or feel like their dreams will never be realised due to the high value of land.

Recently, an experienced rural banker told me how he didn’t know of anyone putting these kinds of deals together. He told me they appeared to be good logical ways forward but there were no accountant or other rural provider that he knew that was making it happen. Maybe it is happening, I’m not sure but it would certainly capture opportunity instead of focusing on problems, if it became a normal way to view succession.

Going forward we need willing and skilled facilitators who can put these new situations in place with the minimum of fuss and expense, otherwise our industry will continue on as it. They could be existing business consultants, farm advisors, rural accountants, rural lawyers, business advisory experts, private individuals or some other role. Either way, they are needed.

Let’s transition the industry into a position of strength, ready to leap forward with energy into global 21st century change, rather than lag behind and get stuck in old ways, losing out to the likes of “future farms” that are growing in popularity and scale around the world. Remember the impossible burger? That’s probably here to stay but will we embrace the opportunities and be here to stay as well, or will our farming businesses and way of life be viewed exactly as that - a quaint way of life?

Are you the right facilitator to help farm ownership transition? If the role sounds like an opportunity to you, please convert that to action and get it underway. Are you a younger or a retiring farmer and see the need for solutions personally? Please ask your business team for help on this and press for action.

Don’t leave it too late and miss the boat. The opportunity is at hand and it is your choice, but it is only an opportunity if you act on it!