The seriously most under-used question in farming 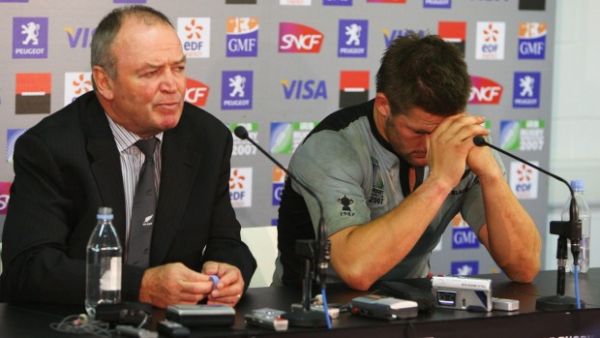 When real challenges such as rapidly dropping livestock market values or sudden climatic events hit a sheep and beef farming business, farmers usually grit their teeth and get through it right? Absolutely! Farmers are a resolute bunch with an incredible work ethic. I’m personally so glad to have grown up in this industry and wouldn’t change it for the world. But what is frustrating is how the same behaviour is often repeated the next time that same event occurs.

It’s as though the farmer hasn’t learned from last time and prepared themselves for the chance of it happening again. What’s more, the farmer may have been farming for many years / decades but they have taken the same hit over and over again! Let’s face it, the stuff of life will happen at some point - climatic events, variable market values, fast or slow pasture growth, loose or tight stock supply, variable liveweight gains, new compliance regimes, changing availability of labour to name a few. So, how about we just accept that will be the case and learn from each experience so that when they happen again we are already prepared to move forward with more than just Plan A?

“Easier said than done,” I hear you say. I agree! But it’s not impossible. In fact, it can become a way of normally operating if you choose to make it a habit. But how?

Getting through a challenge is vital and that needs to be done anyway. However, on top of this firstly ask yourself this little question - “Why?” A simple but incredibly under-used question! “Why?” can be asked from different perspectives to allow for some great learning. Ask “why did his happen?” from the point of view of what drove that event to occur, not to throw the hands up in frustration and say “Why me?” The drivers of an event usually have clues to deeper reasons. When they are uncovered, the farmer can begin to look out for leading indicators that signal when something is likely to happen.  If the original event is taken at face value only, chances are high the hit will be taken again in the future.

Secondly, when asking “why?” remember to reserve judgement and allow possible answers to surface. Don’t discount any answer too early and be open to any ideas. Taking a position on the first thing that pops into your head will likely keep you in the same old hit-taking pattern. Think about those ideas and try and define some leading indicators.

One event in recent history was the lamb value increase to over $8/kg carcass weight in December 2011. If you were someone who didn’t see it coming, got all excited that this was the new normal, lined up to sell lambs for a great price, then the price suddenly dived again and you got upset about it, then maybe you could have researched procurement indicators reported weekly by the likes of iFarm (at the time - now AgriHQ) and found that the spike was a spike and not normal.

Historically, when huge price or trend bubbles occur they burst much quicker than they were built. Prior to December 2011, processing companies operated with procurement indicators at around mid 60% to mid 70% at that time of year. When they started going over 80% and up into the 90% range, it was a clear sign of a spike. The fact that the overseas product prices being achieved were dropping at the same time meant that the spike wouldn’t last very long at all. Processors don’t like losing money for extended periods. Use that learning for future decisions!

Recent store market price increases (Feb - March 2017) were also fairly predictable when leading indicators such as rainfall, soil temp and general farmer behaviour were taken into account. This is both for areas with continual rain and areas with dry spells. Extra feed (above normal) saw farmer behaviour demand stock - no surprises there. Dry parched land followed by some rain meant pent up demand for animals was unleashed and many just went out and bought animals at any cost, believing they just had to have animals. Relating this to normal patterns of market and climate trends can allow a lot of confidence to sit on your hands and not get caught in the hype, but rather to stick to your plan, be prepared with your Plans A, B, C and D, and take opportunities if they present themselves to still deliver results.

There is no judgement here on anyone - these occurrences are what they are. The key is to take the lessons on what drives these events and behaviours, and use them to guide solid decision making.

Remember, these things don’t eliminate hits from happening. They do however allow you to reduce the impact of hits on your business, or better still, position yourself to create advantages from them.