A woman for all challenges!

They say women can do anything, and Mel Bradley of Onga Onga in Hawkes Bay is doing an awful lot of it at once!

With two children of 2 and 5, she’s president of the local PlayCentre, and seemingly involved with every local and regional committee around.  In the past she has achieved an honours degree from Massey University in plant science.

She and husband Duncan lease his parents’ 350ha drystock farm at Onga Onga on rolling country, while she also is very involved with her parents’ 560ha steep hill country farm at Dannevirke.  The latter is running 2800 ewes and around 100 cattle, and at Onga Onga they have about 2000 ewes and run finishing cattle.   If the dam goes ahead they plan to irrigate 10% of their farm to get them through dry periods and increase pasture potential.

They also both help out on neighbouring farms, and Duncan is a volunteer fireman as well as running a guiding and hunting business for deer in local forests.   Whew!

They have been leasing their farm for the past 9 years, but didn’t seem to be making sufficient progress or profit, and Mel at least was thinking of doing something else.

Twelve months ago Mel attended a presentation at their accountant’s offices in Dannevirke and met Brendon Walsh and some of his clients, and heard about his GrowFARM® systems and what they were doing for other sheep and beef farmers.  The idea that these cheerful farmers could make profits every year, and were also being given one on one coaching and using his ProfitLIVE® systems seemed to be what Mel had been looking for.  Pastoral science had taught her how to understand pasture, but not in terms of having animals eating it, or how to combine the two to make profits.

These days she’s not only using the systems on their farm, but running them on her parents’ farm and teaching them how to do it themselves.  She stresses that she now acts and thinks like a business owner, which has given her huge confidence in making decisions for herself, and not just doing what the supposed ‘experts’ tell her is best.  These days she ‘only worries about what she can control’, and is still amazed at the enormous personal growth she has experienced in just a year.

In typical woman fashion she’s also working on achieving positive relationships with her suppliers, and endeavouring to get them aligned with her Growfarm® thinking and systems.  And others who hear about it are already ringing her to ask about Growfarm®.

The systems she’s using are not just about computer records and systems, but she has found the coaching by Brendon invaluable, particularly in relation to his Six Profit Principles.  His habit of asking ‘Why?’ over potential decisions has certainly sharpened her analytic skills, benefiting not only the business but other areas she has involvements in.

And even though it has only been twelve months since she began, it’s working!  Like other farmers they had somehow imagined that to make more money they would need more land.  But when, at the Growfarm® regional client sessions, they discovered that others with smaller areas of land were making much better profits, they realised that it was how you run a farm rather than land area which makes the difference.  Now they are determined to make their 350ha run to maximum efficiency and make profits every year.  They can attend the inevitably cheerful regional get-togethers and share their own good stories. 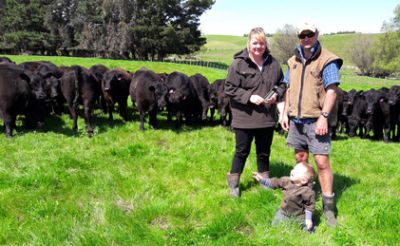 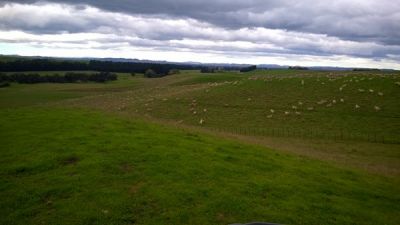