Grandmothers, cobalt and profit – simple solutions are not always obvious 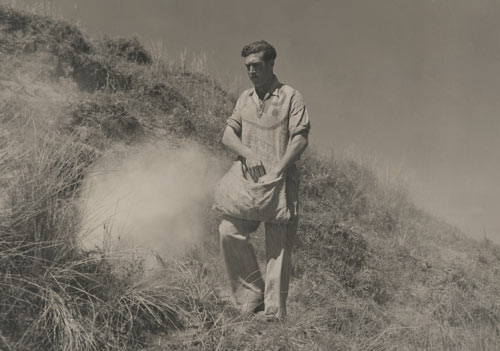 Recently my grandmother passed away, aged 95. It was a sad time for family and friends but also an amazing celebration of someone who had always soldiered on through challenge and adversity.

One such adversity she encountered was living and farming through the “bush sickness” era in the North King Country in the 1920's and 30's. Animals at the time although well fed, looked to be wasting away and production essentially halted. It tended to occur after virgin bush was cleared from the volcanic pumice soils and pasture sown for livestock to be farmed. Many families walked off the land, demoralised because nothing seemed to turn this situation around. Farmers’ incomes dried up and the rural community suffered badly. The hardy families that remained did what they could to survive.

Then in the mid-1930's, scientists discovered that the cause of the problem was a deficiency in the trace element cobalt. Cobalt is essential to the metabolism of all animals so a lack of it meant metabolism and therefore animal health and production were sluggish. Small amounts of cobalt were added to fertiliser and spread over pastures. Almost immediately, animals grazing this land regained their health and flourished. New animals remained healthy. Cobalt in topdressing applications steadily increased in the 1940's and 50's through to the 70's. The rural communities were back in business!

Yes, there are issues with the way our meat and wool are marketed and how farmers are remunerated for their produce, as well as a host of other things. However, one of the fundamental needs every farmer has is the ability to successfully direct their business and make confident profitable decisions under any of the variable conditions they encounter from season to season and year to year. In other words, generate profit and the other results they need and want EVERY year regardless of the conditions.

There is a way forward for these sheep and beef farmers. It is about understanding how farm profit truly works and then implementing those concepts, ideas and techniques in their individual businesses in ways that actually bring profit into reality. Unfortunately, a non-business focus has seen the opposite occur for many farmers and results have been poor, lending has increased and little spare cash (if any) seems to be accepted as “normal.”

Those farmers who have taken the steps to learn and do what it takes have transformed their decision making, their results, their lives and the lives of their families. Confidence in their own abilities to handle variation is commonplace and solid promise for the future is often shared with other farmers and farming families of like mind and like value systems.

Something we need to ask ourselves is “Do we believe in bush sickness being the end of the line, or do we believe there is a way forward using cobalt to take us beyond this challenge? Can we take and implement lessons from the past? Only you can choose, but know that just because you haven’t found the answers for yourself yet doesn’t mean they don’t exist.

If you look hard enough you will find the answers. If you don’t, you won’t. The choice is yours!